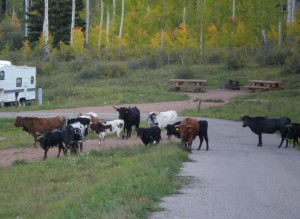 I’m currently sitting in a Brewing Market in downtown Boulder trying to stay awake. With all the travelling, I’d cut back my caffeine consumption to half-a-cup of coffee a day, and that seems to work just fine for hiking and camping, when my most complex thoughts involve navigation and generally staying alive. 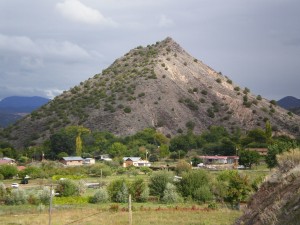 Somewhere along Route 285 between Santa Fe and Taos

Now that I’m in civilization, the business of staying alive is ridiculously easy. Food, shelter and water everywhere! Hot showers whenever I want! Navigation is simplified by the presence of the same enormous mountains always to the West of wherever I want to be, and a generally grid-like layout of roads. 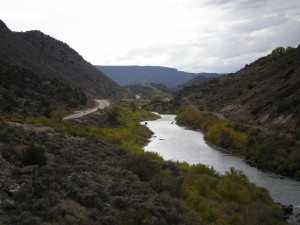 Thus, my brain is freed up for such tasks as searching for jobs, and trying to remember where on Earth I left off in my self-taught programming language crash course. Life is certainly harder on the road, but so much simpler! And apparently the tasks I am asking of my brain require caffeine. Lots and lots of caffeine. All of my IQ points above 100 are locked behind a vault for which the only key is a strong steaming cup of coffee. 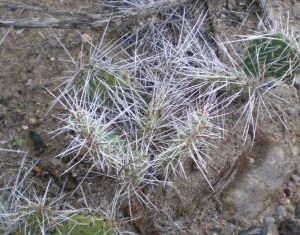 So, continuing with the journey from Oklahoma to Colorado. I kept a handwritten journal while we were on the road, but it’s back at the hotel, so today’s entry will be brief. 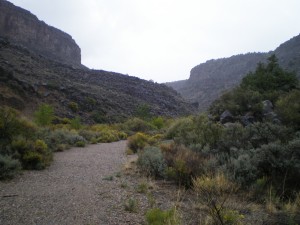 Our hike up the canyon in the drizzle

During the second night at Jack’s Creek campground, we were awoken multiple times during the night by what we were convinced was a moose or an elk. Louis warned me, while both of us were in a half-asleep fog, that I should not leave the tent. So, petrified, I stayed inside long after the sun began to light up the sky. 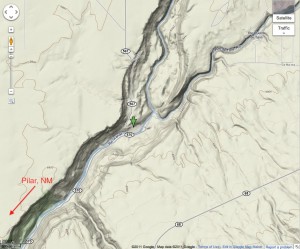 We stayed at the green arrow

By about 7:30 I hadn’t heard a noise for the past half an hour, and the need to visit the outhouse was becoming quite serious. I emerged from the tent, and what did I see? A heard of cows and bulls, meandering through the campgrounds! Not a bunch that I’d want to get too close to, but less threatening than a moose. (I’ve been followed by a young moose once before, in Alaska, and it was NOT a Fun Time.)

Today, our travels took us through Santa Fe and up to Rio Grande Gorge State Park near Pilar, NM. We set up camp at Taos Junction campground, indicated with a green arrow on the map, right down by the Rio Grande. It’s a great campground, with lean-tos and “heated” bathrooms for $7/night. (Heated to approximately 45 degrees, which was positively wonderful compared to the unheated bathrooms we had at previous campgrounds!)

There had been forecasts of snow across the area for the night, but given our lower altitude, that translated to lots of very very cold rain. Not ideal!

Fortunately we were able to go on a short hike in the drizzle, before the rain started in full force. I wish we could have hiked longer, but we foolishly set off without water or layers or even proper rain gear, and it was getting dark fast.

For dinner, I treated myself to a heat-and-eat box of soup from Pacific foods (Chipotle Sweet Potato) It was heavenly, and possibly the BEST camping food I’ve ever had. I am going to be so horribly spoiled in Boulder, where there are Whole Foods everywhere, selling such specialty foods. Fortunately, our new apartment is across the street from a King Sooper’s, which I believe is slightly less expensive.

This entry was posted in Day Hikes, New Mexico, Travel. Bookmark the permalink.