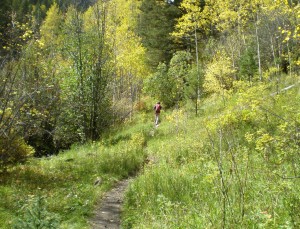 Beginning of the trail

Today we drove to the general store in Terrero to see if we could pick up some fresh fruits or other munchies to supplement the freeze-dried dinner we had. No luck there! They must be clearing out for the season, because it was very slim pickings. No matter, we only had another day to survive away from civilization. 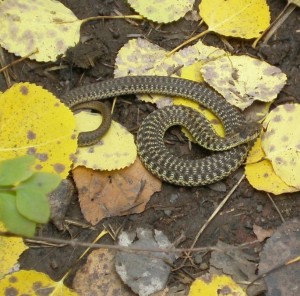 An unidentified snake we almost stepped on

We did a five-hour hike today up Windsor Trail (#254) starting at the trailhead in Cowles. The hike took us from 8,469 to over 10,000 feet, according to the GPS unit. The trail was beautiful, and ascends very gradually, due to a massive switch-back (very unlike the White Mountain trails in New Hampshire, which are all very steep and scrambly). The mountains were dotted with patches of yellow where the aspens are just beginning to change color. 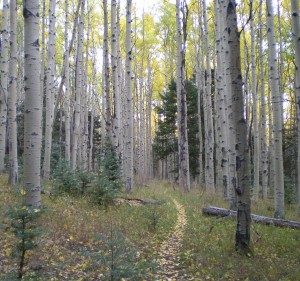 An aspen grove (I do hope I've identified them correctly).

It was partly sunny and cold, and my feet were ridiculously sore by the end. I was experimenting with wearing sneakers instead of hiking boots: big mistake. So we did turn around a bit early because of that, but still, 5 hours is a good solid hike. 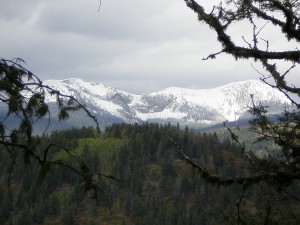 This entry was posted in Day Hikes, New Mexico. Bookmark the permalink.