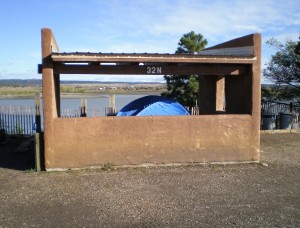 It was pretty amazing to wake up in such a beautiful place after having arrived in the pitch darkness the night before. I’d seen pictures on the internet of course, but nothing like being there! I went on a bit of an exploration of the lake in the morning before we left. It had rained all night until about 6am, but the morning was sunny and perfect. 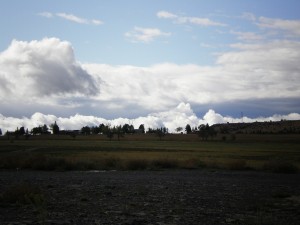 Next, we drove a short distance from Las Vegas to Pecos to get information on campsites up in the mountains of the Santa Fe National Forest. We picked a campsite at the very end of Route 63 in Jack’s Creek Campground (elev. 8,900 ft). We were informed that it would be cold up there, and indeed it was! 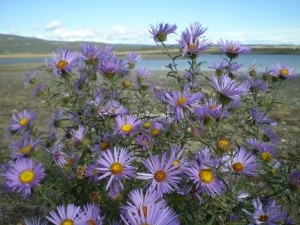 Still plenty of flowers blooming even in October

There are trailheads starting from the campground, so we took one towards East Baldy Peak and did a quick 2-hour hike, gaining about 1000 feet in elevation. Speaking of elevation, Louis and I haven’t had much trouble with altitude on this trip, in which we’ve been above 5,000 feet for the past eight days. Breathing harder, certainly, but no headaches or dizziness, which is good news. 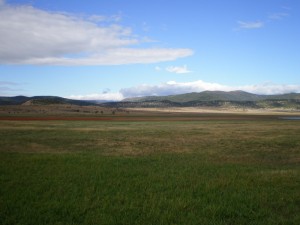 I suppose I’ve been waking up more at night, but that could be due mostly to the cold and the fact that I would often wake up ravenously hungry and need to chow down on Special K, or Oat Squares at three in the morning. I’m used to the city life where I can eat small meals whenever I feel like it, so I haven’t yet figured out how to get enough calories in three meals, only one of which is a hot cooked meal. 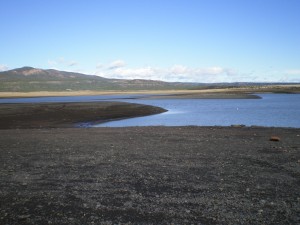 The water at Storrie Lake is pretty low this time of year.

Oh, and I suppose I might as well mention one pro-tip, which I’d actually learned a few years back during a previous high-altitude hiking trip, but had forgotten: Eat your Fiber, and stay totally hydrated!! You’ll thank me later. I never thought I’d be eating a prune a day until I was 70 or so, but they are truly miraculous things! Enough said on that topic…. 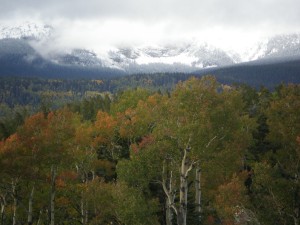 So our hike today was short, but sweet. The trail was a very gradual uphill on soft ground, and featured a spectacular view, even though we didn’t even reach a peak. I’m still pleased with myself for finding this view, because it involved a ~10 minute detour off the trail, including a rather precarious scramble up boulders, and I only had a hunch that there might be something to see. And I was right! Near 360 degrees, with only a few tree obstructions. Not bad. 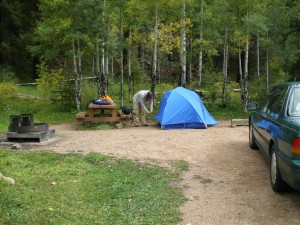 Our campsite at Jack's Creek

Anyway, I really tried to pare down the number of pictures in this post, and clearly failed. Too much beauty to be contained in a single blog post! 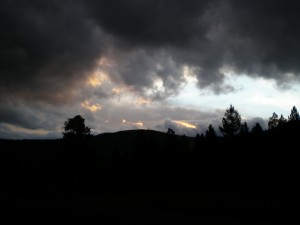 This entry was posted in Day Hikes, New Mexico, Travel. Bookmark the permalink.