The eggs have officially launched their bright careers as students in an embryology lab! You gotta start them early working with grad students if you want to have any hopes of being a scientist, of course.

The procedure could not have been simpler. I mean, from my perspective – I don’t have a medical degree, so maybe “routine” is a better word than “simple”. We got to the hospital much too early for my scheduled check-in time. You know, I always like to be early for being early, but a whole hour is a lot, even for me! But you can never be too safe when going down to Denver on I-25. Accidents and 40 minute delays crop up there all the time. (In fact we ended up going home via 470 because of a backup that had materialized).

So we sat around in the waiting room for a while. I didn’t want to drain my phone battery, so I went straight for the pile of magazines, and amazingly there was a copy of Physics Today on the table. I don’t believe I’ve ever been in any kind of waiting room and seen a physics journal, so I just had to read it! Did they stock that just for me? I’m sure not, but it felt like a good omen anyway.

Fairly soon my nurse came to get me checked in, took all my vitals, asked a bunch of questions, and had me sign various consent forms. She was extremely reassuring about how I’d been in good hands, and she has very good experiences working with patients who have either PTSD or some form of anxiety. Then she put an the IV in so I’d be all ready for the happy sleepy drugs.

The effect of versed was much different than I’ve experienced before, namely I seem to remember at least a few minutes (versus a few seconds) after the injection. Now that I think of it, I do remember the OR itself! But I can’t be 100% certain of that. Did I dream it? Wait, I remember the nurses attaching those leg holders to the side of the gurney and having me scootch forward. I don’t think I could be making that up. Either way, it doesn’t matter because I was obviously super chill and had no issues whatsoever with freaking out or anything. 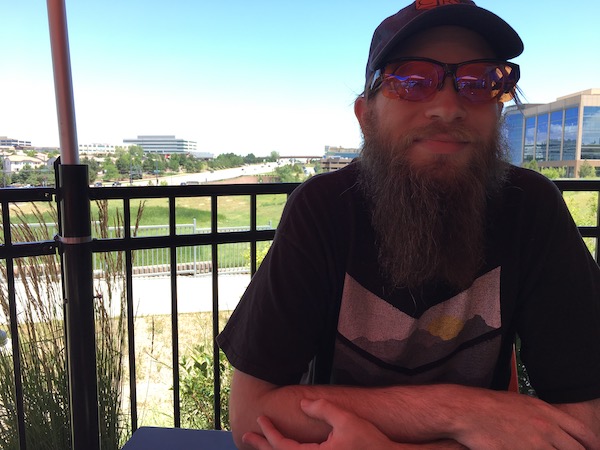 Our first “date night” in quite some time! Not a bad view, but in retrospect it was a little too hot outside, even in the shade. Worth it though!

Then I woke up some time after the procedure, spent maybe an hour in post-op, devoured a pile of crackers, and then went straight to the Snooze cafe for some breakfast at 1:30pm, just an hour before closing time. Success! I had a bacon, poached egg, cream cheese, arugula and challah sandwich which was just exactly what I needed. I also had some kind of green cold pressed juice which tasted very strongly of cucumber, dill, and freshly mowed grass. It was a little startling, but always fun to try new things (I’m normally not a juice drinker at all, but I needed to get my electrolytes back).

I am super sore and crampy and spent the rest of the day on the couch or at my desk, but that should subside in a few days. That’s all for today, more updates later!

This entry was posted in IVF. Bookmark the permalink.