This post is heavy on the science, mainly because I felt the need to say something other than “We saw pretty things! Here they are!” So if that is not your cup of tea, feel free to let your eyes wander to things that delight them more.

Our first stop of the day was Norris Geyser Basin, which contains some of the hottest and most-active geysers in Yellowstone. It reeks to high heavens, and the water is highly acidic (unlike the other geothermal areas, which tend to be alkali).

The springs here all tend to have a milky blue or green color, apparently due to suspended silica particles, which milkify the the color of whichever microbes are present, and their own ratio of chlorophyl (green) to carotenoids (red, orange, or yellow). Of course, some of the colors are due to minerals like sulfer (yellow) and iron (red) rather than microbes. 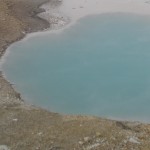 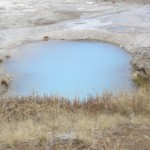 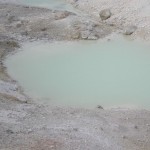 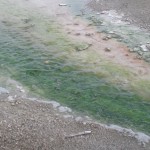 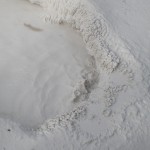 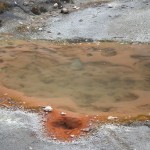 And finally, the central deep blue of many of the hot springs is due to the way water reflects and absorbs light, and has nothing to do with either minerals or microbes. So hot springs are a soup of biology, chemistry, and physics, not to mention geology! Needless to say, there are scientists aplenty conducting field research at Yellowstone, including a group at UC-Boulder who recently discovered a new species of mycobacterium living in Norris Basin. 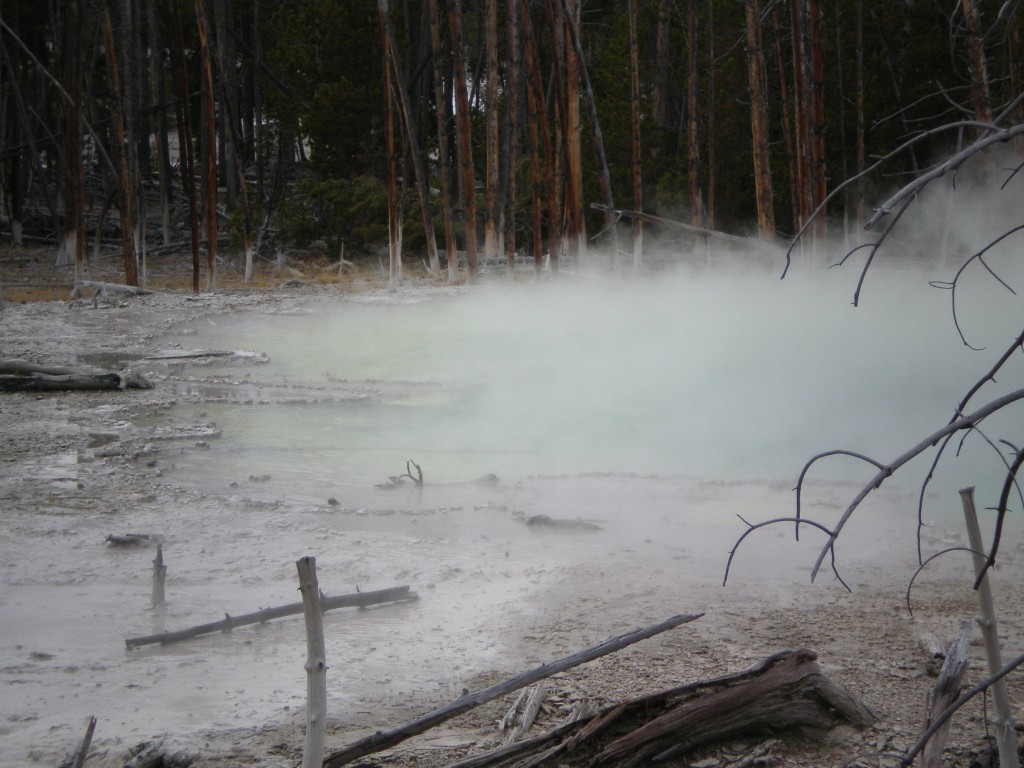 Next stop was Mammoth Hot Springs. According to all-knowing wikipedia, Mammoth hot springs is made up of travertine, which is a fibrous form of limestone (CaCO3, or calcium carbonate) that precipitates out when the hot supersaturated alkali water of the springs hits the cooler air.

Somehow the rate of flow and the timing of the calcium carbonate precipitation works to create these staircase-like structures. I don’t claim to understand how that works, but it sure is a dramatic effect. Oh, and I hate to admit this, but if you want to see some way nicer photographs than the ones I took, check out the links above. 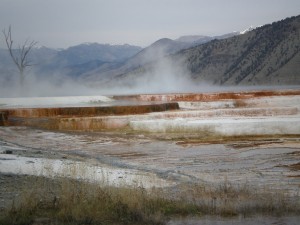 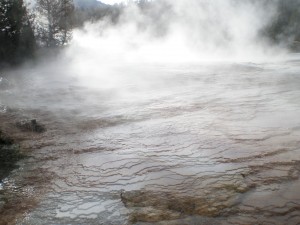 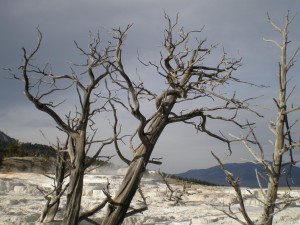 This entry was posted in Day Hikes, Geology, Travel, Wyoming. Bookmark the permalink.