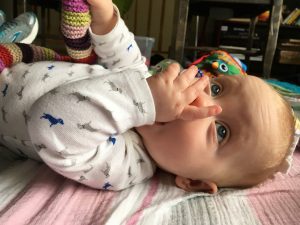 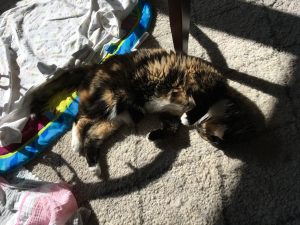 October 4th – Zoey has started to like Emily’s play area a lot! 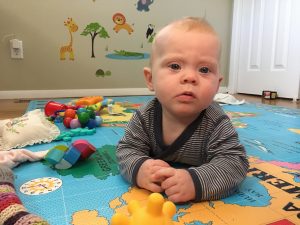 Fall is always my favorite season, since it reminds me of running cross country in high school. The crisp air and the smell of rotting leaves always bring a promise of new beginnings, new chances to run fast, study hard, and make new friends or deepen existing friendships.

Boulder doesn’t have much in the way of rotting leaves, but I’m gradually getting used to the fall smells here, and have gathered a few more favorite things that remind me of Fall. Lenticular clouds. Always a chance of snow. Hours and days of gusting wind. Aspen groves turning entire mountain-sides yellow, then orange, then red.

We’re entering Emily’s third season, and she’s now old enough to seem to really appreciate the outdoors (if only for 20 minutes before she falls asleep in the carrier), so I can see we’re going to have lots of Fall adventures!

So much has changed this month – it’s been a real whirlwind. The most significant changes are that she can now sit up mostly unsupported, and she can traverse the length of her play mat using a combination of army-crawl moves and sideways or rotational scoots. This is great, because now she has access to any of her toys, and gets to exercise a little bit more choice over what she wants to play with (and Mommy can be lazier).

She’s also pushing up a little bit into the yoga equivalent of cobra pose (like you’re doing a pushup but keeping your belly button on the floor). Still a bit of work to go there though. I also try to hold her up in the true crawling position for short periods of time. She seems to like it for about 10-30 seconds, but then starts crying. I think her arms are working really hard to maintain this position, so we just do short bursts and stop just a few seconds after she gets frustrated.

Holding her up in standing position is still an exercise in containing a very strong and very wiggly, bouncy, wobbly jelly bean. So she clearly has a lot of strength in her, but I don’t think she fully understands the concept of standing yet! Still, she always seems so thrilled by it, so we keep practicing. 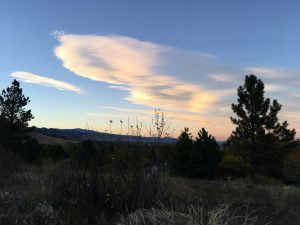 Then, last but not least, we’ve begun to introduce her to some solids. So far she’s tried banana, avocado, green beans, orange bell pepper, collards, and zucchini. She just chomps on the pieces of food, and is practicing grasping and shoving into her mouth. I don’t believe she’s swallowed anything (that I can tell), but the point is to get her to practice the manual dexterity. Bananas and avocado are both ridiculously slippery, so this is an extreme challenge. I could see taking weeks to really master those. 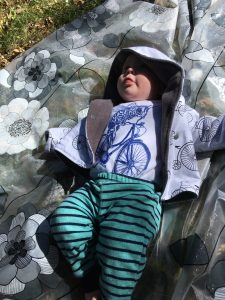 She may just decide the way to do it is to cup her hands and stuff everything in her mouth that way, if grasping proves too slippery. Or she might just smoosh it with her fist and then lick her fingers off. Who knows? She’ll figure something out – they always do. Until then, we’re just going to have messy fun times with food. Next we will probably try carrots sticks and apple slices – hopefully those will be easier to manage. I also made up some purees, so we might do some spoon feeding. At this point though, there isn’t any pressing need to get food into her. She’s still getting plenty of nutrients from her formula. 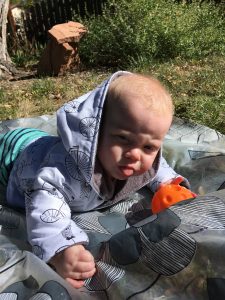 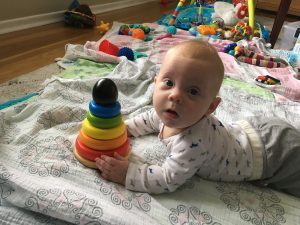 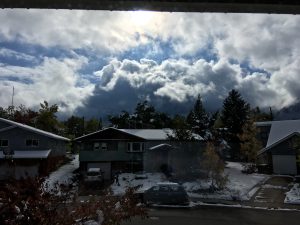 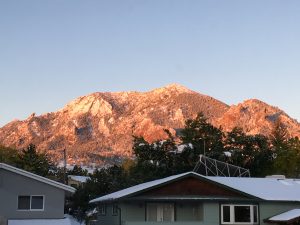 October 10th – One of the great things about having a kid – I get to see the sunrise every day! 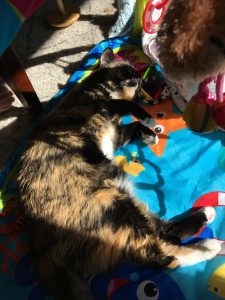 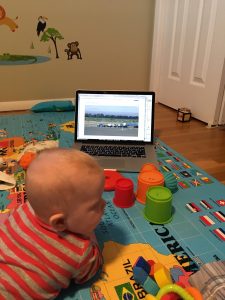 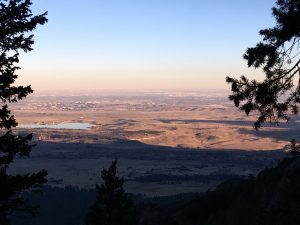 October 15th – Mom is getting back into hiking again, sporadically. 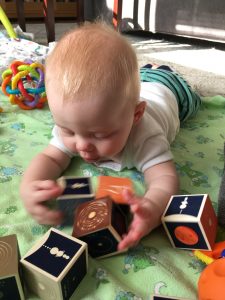 October 16th – All the planets! 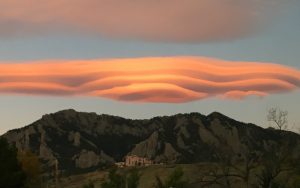 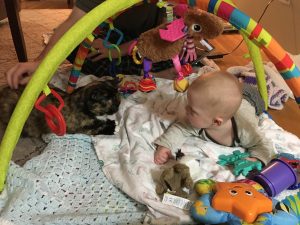 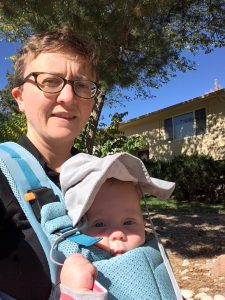 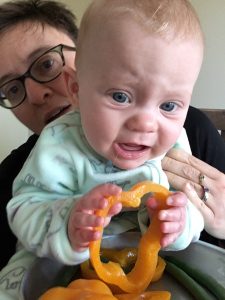 October 22nd – Emily’s first taste of solid food! But what fresh hell is this? 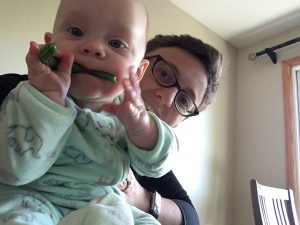 October 22nd – This is more promising. 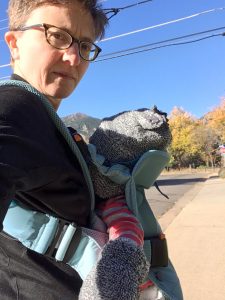 October 24th – Time to break out the fleece 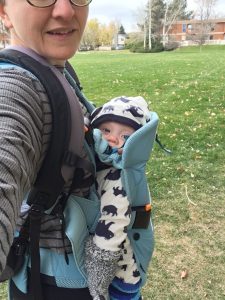 October 26th – Yes, Emily is wearing a pair of my socks as booties / leg warmers.

This entry was posted in Uncategorized. Bookmark the permalink.