Today I got two expeditions for the price of one! The first was a short hike in Cottonwood Canyon. The trailhead starts at 7400 feet above sea level, so there was quite a lot of snow (which unfortunately became slushy mud-slides in some of the sunnier spots later in the day). It’s a beautiful hike, and the sky was an incredibly deep blue due to all the snow (air scatters blue light, so when sunlight is reflected off the surface of the Earth, it has another opportunity to scatter more blue). For some reason I was having a hard time breathing, and my lungs even started to ache. I guess it could have been the altitude, but that alone isn’t enough to explain it, since we’ve done hikes at 8,000 to 9,000 with no trouble. It remains a mystery. Louis was also having an off day, and feeling nauseated, so we turned back after about an hour. 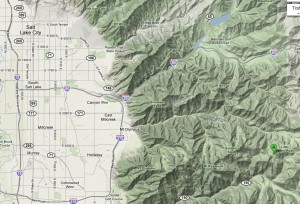 The trailhead is indicated with the green A balloon. 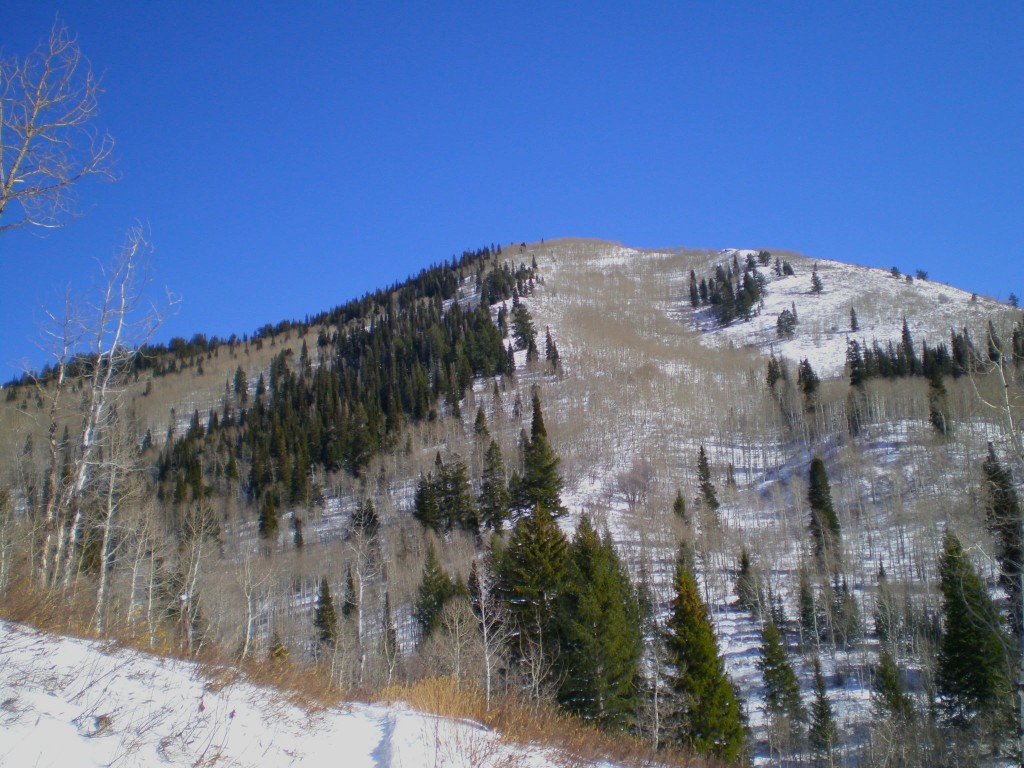 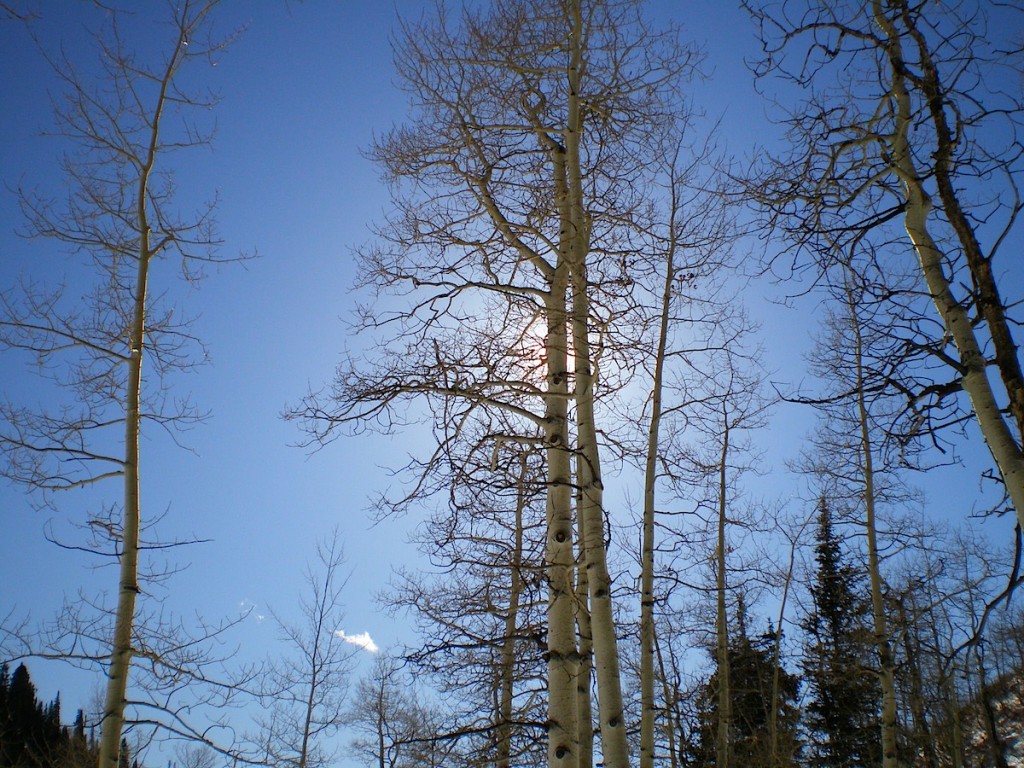 You can’t win ’em all, but any day that involves a snow hike in the mountains of Utah is a good day. So I could have been totally satisfied to leave it at that. And yet, there was so much sunlight left by the time we got back to the hotel, that I found myself propelled to go on a bike ride. I figured I’d try the Jordan River Trail, which goes South of Salt Lake City, and does not involve any hills whatsoever. The ride itself was awesome, because as you may be able to see from the map, it features dozens and dozens of turns. All the turns (some of them quite sharp) require a bit more concentration than usual, which is way more fun than just peddling in zombie mode hour after hour, which can happen on flat trails. Especially flat trails that aren’t, er, exactly scenic. Well okay, the Jordan River Trail has its moments (biking over piles of yellow leaves is always lovely), but the river itself is not a thing of beauty. The water looks a bit like sewage, to be perfectly frank. And you could tell that some heroic efforts were made to make the trail continuous (much appreciated!) through a dense city, so there are some dark tunnels and chicken farms that stink to high heavens with which one must contend. In short, I’d give the trail three stars for being continuous, and being smooth as butter the whole way (unlike the Farmingham Canal Trail in Southern Connecticut with its brain-rattling potholes). 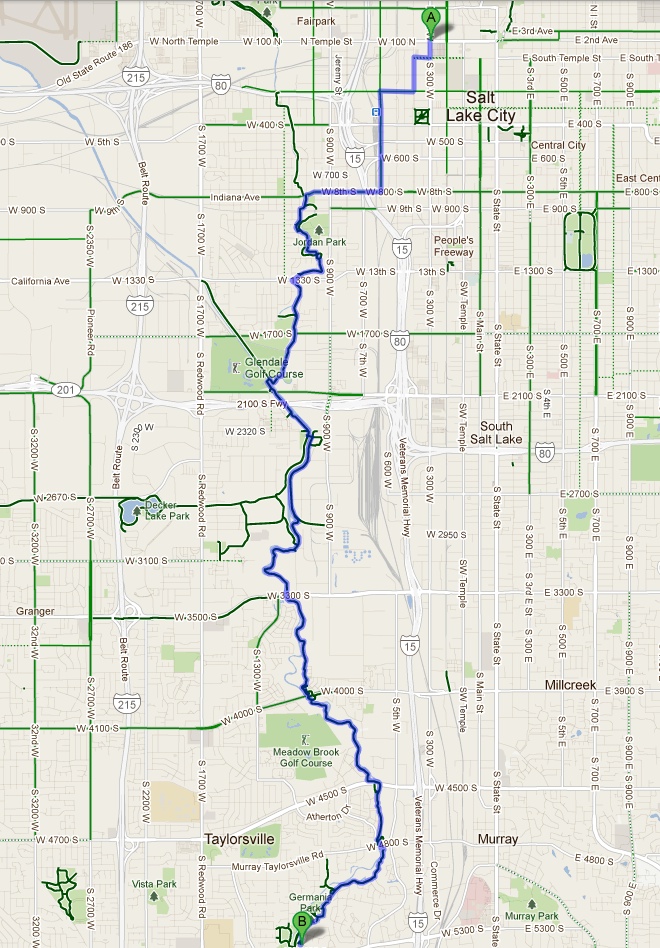 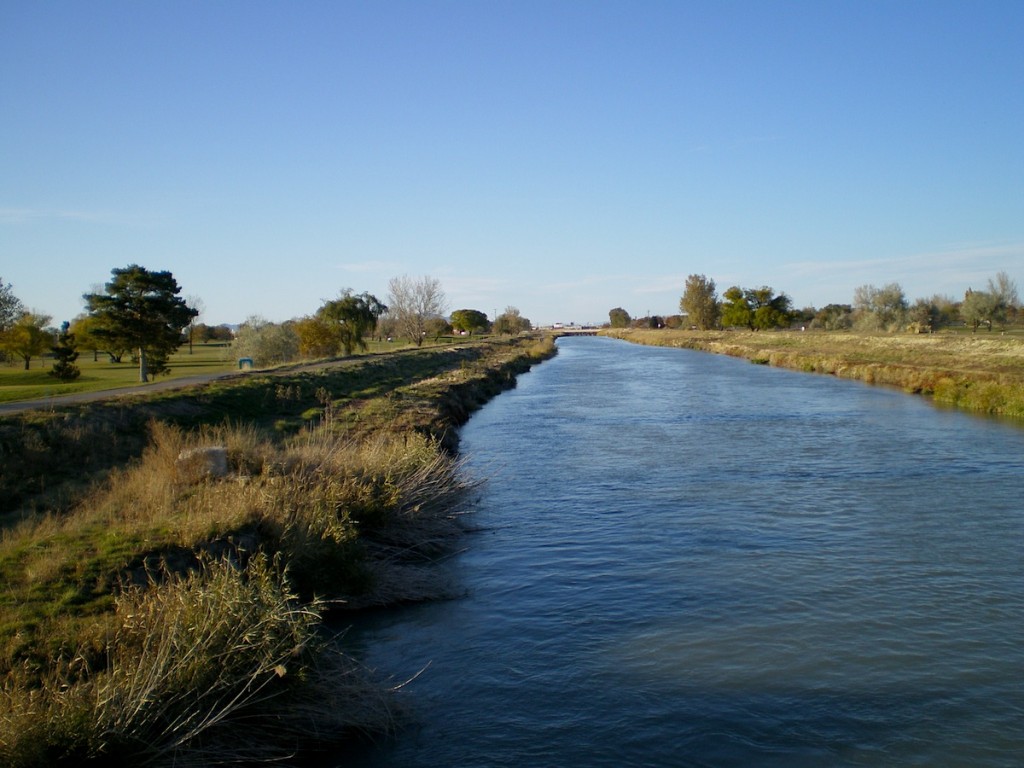 Somehow the water does have a blue-ish tinge in this picture. Do not be fooled! 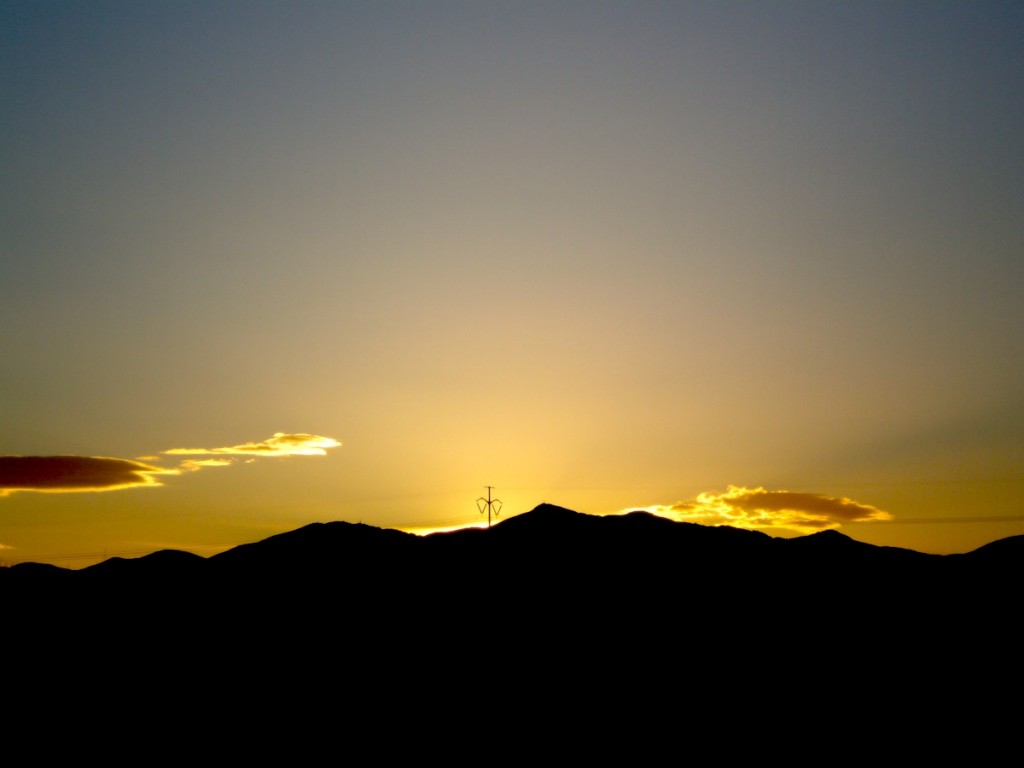 Everyone loves a sunset photo.

This entry was posted in Biking, Day Hikes, Travel, Utah. Bookmark the permalink.