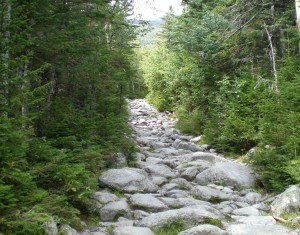 Tuckerman Ravine trail is almost entirely lined with nice big rocks like this.

Today the stars aligned for me to hike Mount Washington. For some unimaginable reason, I hadn’t even been gunning for this peak, despite its known awesomeness and the fact that I may not be back to the White Mountains for quite some time. How could I think of leaving this place without a hike to the highest and most wonderful peak!? 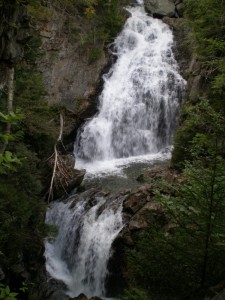 I wonder what this looked like a day after Irene?

In the morning, I took my sweet time over breakfast and coffee and my usual morning reading, so I wasn’t even ready to hit the trails until 10:30 or so. Figuring it was much too late to start Washington, I was aiming to climb Wildcat Mountain, but alas, the trail was still closed due to flooding. The park ranger stationed there to turn hikers away suggested that the trails up to Mount Washington had just opened today. Well okay, with seven hours before hiking gets sketchy, I’d just go up 3.5 hours and turn around wherever I happened to be, and not aim to summit. No problem. I took the Tuckerman Ravine trail to Lions Head trail to the summit (8.4 miles round trip). 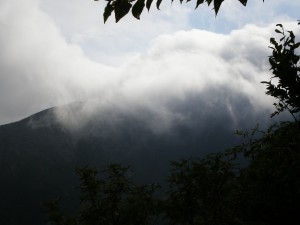 Clouds rollin' into the ravine

Of course, secretly in the back of my mind, I really really wanted to hit the summit, if only for a minute. So I bounded up as fast (and carefully) as possible, and made it in just under 2.5 hours, averaging 28′ of elevation gain per minute. It was sort of unreal to find myself up that high after only a couple hours, but there I was, shrouded in the fog that is almost guaranteed at Washington’s summit. But it is a grand place to be, especially having got there on one’s own two feet. 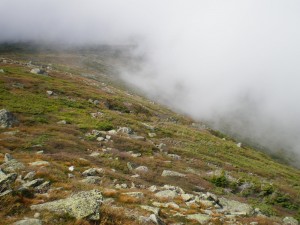 I got a coffee at the summit house, and began my slow descent, which wound up taking 3 hours. All in all, a fantastic day filled with mind blowing views (except at the top). If I were to do it again, I would eat more on the trail. Way, way more. I was replacing a calorie deficit for at least 3 or 4 days afterwards, which was probably not ideal for recovery purposes. 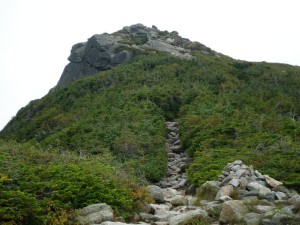 This is the peak of Lion's head trail. I had lunch just up there. 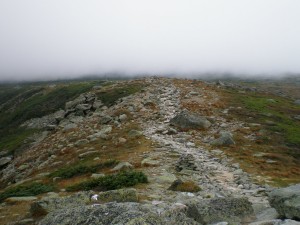 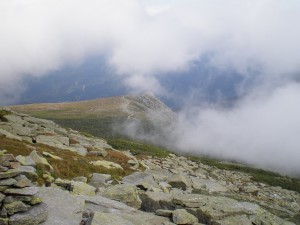 There's the Lion's head peak from above. 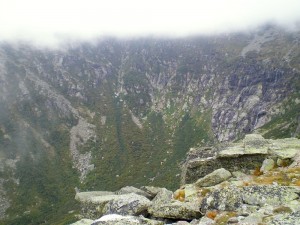 It's possible to take the Tuckerman Ravine trail all the way up. I can't imagine how steep that must be. 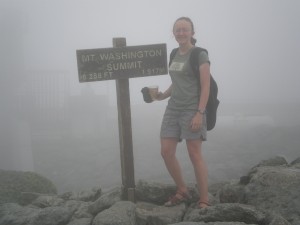 Finally made it to the top!

This entry was posted in Day Hikes, New Hampshire. Bookmark the permalink.